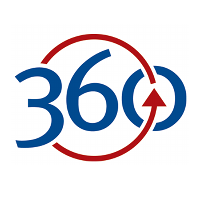 A new insurance product created by two Florida attorneys could help lawyers working on a contingency fee basis manage risk by allowing them to recoup costs if they lose in court.

Justin Leto and Larry Bassuk, partners at Leto Bassuk in Miami, last month launched LevelEsq (formerly Level Insurance), a Litigation Cost Protection program that allows plaintiffs’ attorneys and their clients to buy insurance policies on a case-by-case basis that give them up to $100,000 in protection if they lose.

The two attorneys, who have been working on the project for four years, said this is the first product of its kind.

“What we have here is something that probably should’ve existed for a long time,” Leto said.

“Things are changing, and people are recognizing that cases are becoming very expensive, with e-discovery and defense teams having endless sums of money.”

The project started before the two had teamed up at their own firm, when Leto was a plaintiffs’ lawyer and Bassuk was a commercial litigator. Bassuk asked if Leto could insure against a loss, and when they searched for a way to do that they found that no such thing existed, so they set about creating it themselves.

Attorneys can buy policies within 90 days of filing a complaint that provide as little as $3,500 to as much as $100,000 in coverage, though the pair said they hope to be able to provide more in the future. The price is flat — 7 percent of the amount of coverage chosen — and the program is managed by Socius Insurance Services Inc. and underwritten by Aspen Specialty Insurance Co.

If an attorney takes a case to trial and loses, he or she can cash in on the policy and recoup the costs spent trying the case.

The policies are available in every federal jurisdiction and in state courts in California, Florida, Illinois, New York and Texas, with plans for expansion to more jurisdictions. Bassuk and Leto said so far the response has been great, both at conferences where they’ve shown off the company and online where Bassuk said they are “voting with their mouses” and buying policies.

“It allows you to pursue a case and eliminate a significant risk at the back end once a case has been fully litigated,” said Andrew Buzin of Buzin Law PC in New York. “It allows you to go into a case with almost a different perspective because you don’t have that exposure at the end of the day. We take cases we believe in and cases that have value and merit, but the problem is that there’s an inherent risk anytime a case goes to trial.”

Buzin, who is on an advisory board for LevelEsq (formerly Level Insurance), said for plaintiffs’ attorneys, whose income is uncertain from year to year, this can create a more secure business model for small firms. He said he just filed his first eligible case and plans to buy an insurance policy for it soon.

“There’s an attorney up in New York who calls our practice ‘jumping from lily pad to lily pad,’” he said. “We only get paid when we win. This puts in place a protection where you can feel more confident going into trial.”

How can we help your firm?

Quick and seamless access to capital to fund your case expenses.
APPLY NOW

Protect the downside with insurance coverage for litigation costs.
buy a policy